This season’s World Cup bobsleigh and skeleton season will go ahead in full but the circuit will not travel to North America.

The top-level series will kick off in mid-late November and finish in late March, with all but one of the eight-race series taking place in Europe.

Changes have also been made to the other circuits although, again, all are scheduled to go ahead as things stand.

“Due to travel restrictions caused by the COVID19 pandemic and to protect the health of athletes and organisers, adjustments were necessary in all race series. Amongst other measures, double races will be held at many venues in order to minimise travel,” read a statement released by the IBSF alongside the race calendar.

“Flexibility will be key for all stakeholders as our environment is changing constantly during these challenging times,” added IBSF Secretary General, Heike Größwang.

“We want to thank all race organizers and their teams worldwide for the open discussion during the last weeks, demonstrating their support and engagement in order to be able to host events."

The World Cup series starts with back-to-back races in Sigulda, Latvia and is followed by another double header in Igls, Austria in December.

The calendar then reverts to single races, with Winterberg, St Moritz and Konigssee all hosting events on successive weekends in January.

The circuit takes a break for the World Championships (which were switched from Lake Placid to Altenberg earlier today) before heading to Beijing, China - the venue of the next Olympic Winter Games - for the season finale. 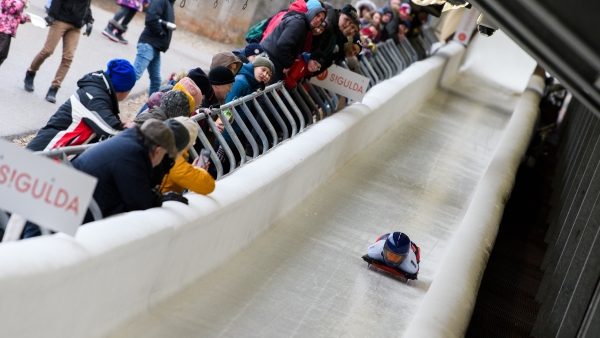 The World Cup season starts in Sigulda in November

The other competitions will take place as follows: