Technique: the start and the drive

A skeleton race is made up of two phases with very two different techniques. To reach the podium, the athlete must successfully master both:

Races can be won and lost at the starting line, so making a fast start is crucial. Athletes need pace, power and skill to get the sled moving as quickly as possible before they leap on.

The start is the most crucial part of the race: competition is usually so strong that without a good start (usually within a tenth of a second of the fastest time) finishing first becomes almost impossible. The aim for the athlete is to push their sled as fast as they can over 20-30 metres before leaping on board. 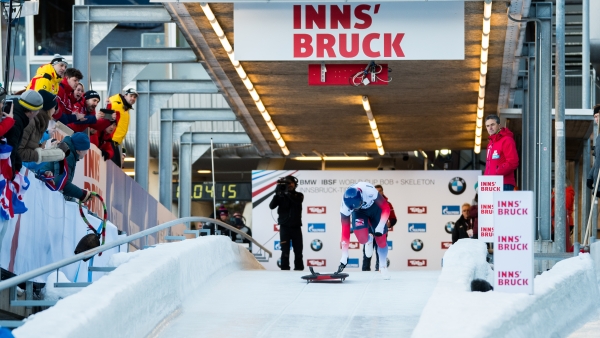 The key here is explosive strength and power. The spikes on the bottom of the athlete’s shoes are really important because they give the athlete grip on the ice so that they can push with maximum power in every stride.

Once the athlete is given the green light to go, they must position their sled into one of two grooves on the track, called 'spurs'. These spurs guide the sled into a straight line and stop them from sliding across the track or slowing down.

The athlete pushes off with one hand on the sled (which hand they choose is up to them). They must reach the first timing marker, at 50m, within 30 seconds or they’ll be disqualified. This is rarely a problem for the top athletes, who usually cover the first 50m in just five seconds or less while racing to speeds of more than 40km/h.

The athletes will have their own techniques and routines, such as the way they choose to stand, when they take off their warm clothes and when they put on their helmet. 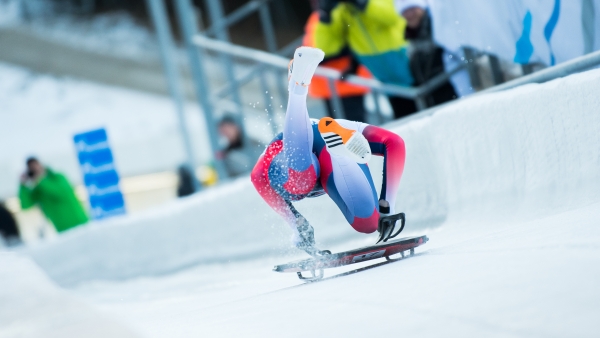 Once the athlete is on the sled, they’ll need complete focus and fast reflexes to negotiate each twist and turn at maximum speed.

If the athlete has made a good start over the first 50m, he or she should now have found the most aerodynamic position on the sled and be ready to negotiate the first turn.

It won’t take long for them to hit top speed, which can be up to 140km/h, and experience the force of 5Gs (or five times the force of gravity).

Their feet and head hang over the sled, and their chin is just centimetres from the ice. On particularly high-speed corners, the athlete’s chin will actually touch and scrape the ice. This can be tricky for the athlete because it obscures their vision. As a result, they’ll have to 'feel their way' around the corner until the g-pressure is reduced and they can lift their chin. 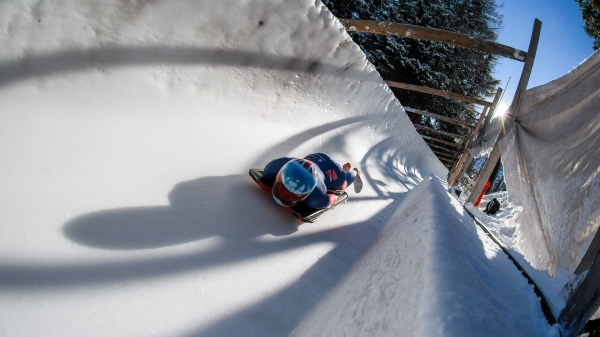 To steer the sled, athletes can either…

When they’re travelling at such high speeds, even moving their head will change the direction of the air flowing past them and force the sled to move.

Although the athlete will do their best to learn every corner of the track before they race, lightning-fast reflexes are needed to get the sled into the best position to enter and exit a corner at speed. Failing to find the perfect line will slow them down and just the slightest error could cost them a place on the podium.