Parsons saves the best 'til last

Dom Parsons saved the best ‘til last as he finished fifth in the final World Cup race of the season.

Parsons, who was 10th in the World Championships in Austria last weekend, secured his highest placing since successive fourth-place finishes in Switzerland and Germany 13 months ago.

The 28-year-old was just over two tenths of a second away from a World Cup medal in Koenigssee as he held on to fifth spot in the overall World Cup rankings – the same position he achieved in 2014/15.

Fellow Brits Jack Thomas and Jerry Rice enjoyed impressive World Cup debuts as they both made it through to Run 2 from a strong field.

The pair joined the Talent programme in the same intake and have built a strong friendship ever since so it perhaps shouldn’t have been a surprise that they produced identical times in their first World Cup run.

Having sat joint 14th at the halfway stage, Rice went on to finish 15th, with Thomas 20th. 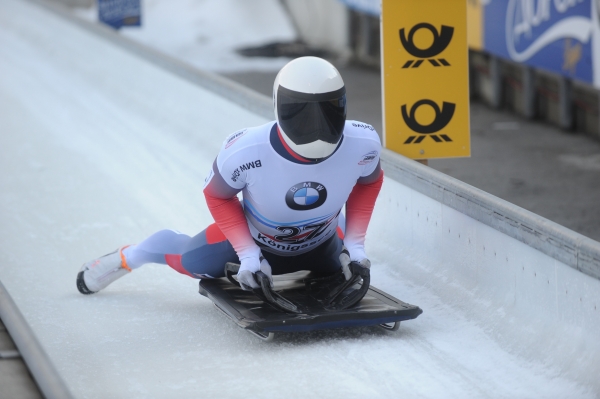 In the women’s competition, 15-year-old Ashleigh Pittaway also excelled on her first appearance on the top senior circuit as she finished as the best Brit on Friday.

Having already claimed a bronze medal in the Europa Cup in her first senior race in mid-January, Pittaway won Youth Olympic Gold in Lillehammer a week ago and she backed up that success with a fine 15th place against the world’s best in Koenigssee.