Great Britain’s hopes of a first World Championship medal since 1939 ended in disappointment on Sunday after a third run crash saw them miss out on the podium in Igls, Austria.

Lamin Deen, Ben Simons, Bruce Tasker and Joel Fearon had been in fourth place overnight and looked to set to jump up the leaderboard until they derailed as they were moving to within a whisker of the gold medal spot.

The crash saw them miss out on Run 4 but fellow Brits John Jackson, Brad Hall, John Baines and Andy Matthews continued their improvement across each heat to finish 11th overall.

“It’s obviously hugely disappointing for those four guys to see things end that way but they are strong characters and I have no doubt they will bounce back from this and be better for it,” said GB Bobsleigh Performance Director, Gary Anderson.

“They have shown they are truly world-class and we need to make sure we remember that as we build towards the next Winter Olympics in two years’ time. They were on course to be within a tenth of a second of the leaders at the end of Run 3 and would have been ahead of the eventual gold medalists going into the final run.

“That realisation brings an added disappointment but that is the nature of elite sport and it is something everybody has to deal with at some point in their career.

“Jacko, Brad, John and Andy did exceptionally well to move up from a starting position of 17th to 11th and that is further proof that we have real strength in depth in the British programme now. I have said since I started in 2010 that we need strong internal competition and that’s a real positive to take forward towards Pyeonchang.

“We had our best 2-man result for 50 years here last week as well so we’re definitely moving in the right direction.” 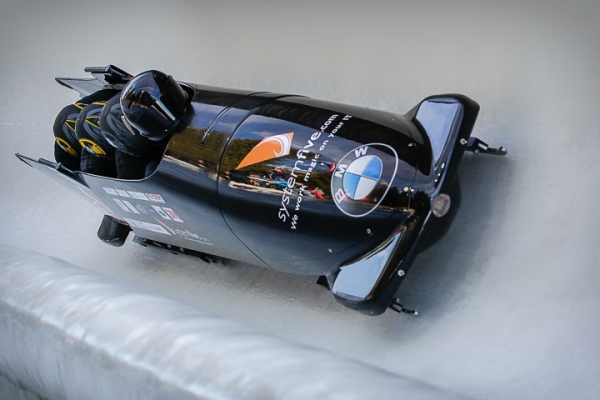 Their fourth run time of 51.39 saw them close the gap on the top ten to 0.21 seconds as 38-year-old Jackson impressed again at his first major championships since guiding GB to fifth at the 2014 Olympics in Sochi.