The latest search for future skeleton stars kicked off in earnest in London this week.

Together with UK Sport and the English Institute of Sport, GB Skeleton and the British Bobsleigh & Skeleton Association are looking for athletes who can emulate Lizzy Yarnold and Amy Williams by winning Olympic gold for GB.

Discover Your Gold is the biggest multi-sport talent identification campaign in British history, featuring more than 20 different sports and targeting 15-24-year-olds who can be fast-tracked into the world of high performance sport.

The campaign is split into five strands, with skeleton coming under the Discover Your Power banner alongside track cycling and canoeing. 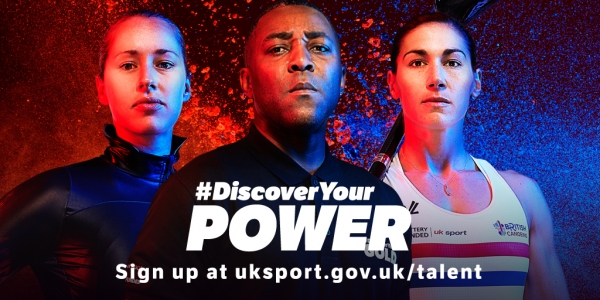 Since 2007, UK Sport has worked in partnership with 22 Olympic and Paralympic sports and over 100 world class coaches, run 12 National athlete recruitment campaigns, and assessed over 9000 athletes. These projects have resulted in over 100 newly identified athletes entering the World Class system with over 600 international appearances made and over 250 international medals won.

A large number of our current GB Skeleton squad have come through this system, with Yarnold joined by the likes of fellow Discover Your Gold ambassadors, Brogan Crowley and James Howard, in finding their talent for skeleton through the nationwide recruitment campaign.

“Discover Your Gold is all about ensuring young people with sporting talent get the opportunity to reach their full potential no matter what their background,” said Liz Nicholl, Chief Executive of UK Sport.

“We are looking for athletes with raw endurance, speed or power. You might be in the wrong sport, but with the potential, with access to the right training and support, to become a future Olympic medalist.

“If you are highly competitive, mentally tough and up for the challenge of a lifetime, we want to hear from you.”

To sign up for Discover Your Power and to start your journey towards becoming a potential skeleton star, go to www.uksport.gov.uk/talent where you’ll find out all you need to know about how to get involved.

Signing up online will take less than 20 minutes and it could be the start of a lifetime of success.