All eyes on World Cup this weekend

The World Cup becomes the sole focus of attention for competitive sliding this weekend as both the Great Britain Bobsleigh and Skeleton squads look to build on a promising start to the season.

There is no race action in the European Cup, Intercontinental Cup, North American Cup or Youth Olympic qualification this week so all eyes will be on Konigssee for Round 3 of the globe’s premier circuit.

Konigssee, which also hosts the final round of competition in late February, becomes the third German venue in a row to welcome the world’s best sliders after Altenberg got the season underway a fortnight ago and Winterberg followed suit last weekend.

Laura Deas leads the British challenge in the women’s skeleton on Friday from 10am GMT as she goes in search of a second gold medal in three races. 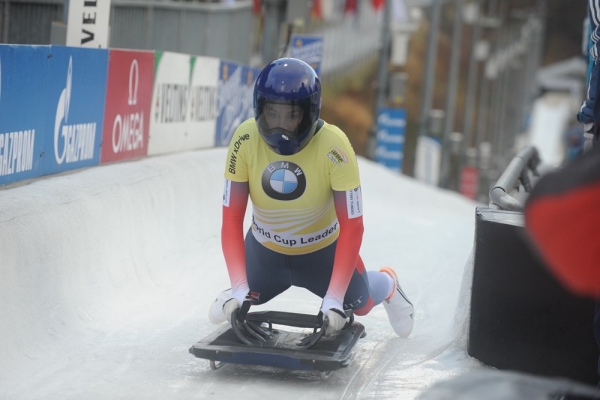 Donna Creighton also races after 11th and 14th place finishes in the previous heats, while the men’s competition takes place the following day when Dom Parsons, Ed Smith and David Swift all go for GB.

Parsons will be aiming to build on his fine seventh place showing last time out, with the Sochi Olympian having recorded back-to-back top 10 finishes after ankle surgery.

The bobsleigh programme kicks off on Friday afternoon as Mica McNeil and Natalie DeRatt make their first World Cup appearance of the season in the women’s event from 1.30pm. The pair have been racing on the European Cup circuit so far this season and came seventh last week, with Russia and Germany the only nations to finish above them.

Two GB crews will race in the men’s 2-man on Saturday afternoon from 12.30pm, with Bruce Tasker joined by Joel Fearon and Brad Hall pushed by Ben Simons, before the 4-man race takes place on Sunday at 10.45am.

John Jackson features at his first top-level event since the 2014 Sochi Olympics when he was just a whisker away from the medals in guiding GB to fifth place. The nation’s most experienced pilot missed all of last season with a long-running Achilles injury but has competed on the European Cup circuit this season and won silver in Winterberg alongside Tasker, Hall and Simons. That same crew will work together again this weekend and will no doubt be aiming for similar success. 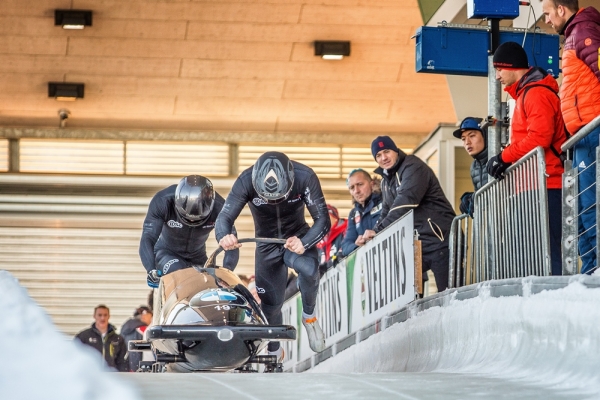 Lamin Deen leads the other British crew after a sixth-place finish in Altenberg was followed by an eighth-place showing in Winterberg last Sunday. Those results mean Deen and his crew of Fearon, John Baines and Anthony Matthews are currently joint sixth in the World Rankings, with a trio of Germans out in front after a brace of races on their home tracks.