Top ten for Douglas on debut

Montell Douglas returned a top ten finish on her first outing as a GB Bobsleigh athlete on Friday afternoon.

The former British record holder over 100m made her maiden appearance since switching sports in the summer as she pushed Mica McNeill to 10th place in the World Cup event in Winterberg.

Douglas, who has her sights set on adding a Winter Olympic appearance to her previous Summer Olympic showing, helped McNeill produce times of 57.84 and 58.01 seconds in the fourth World Cup race of the season.

The event also doubled as the European Championships, with the British pair sealing seventh spot in snowy conditions in Germany, just 0.25 seconds from a medal. 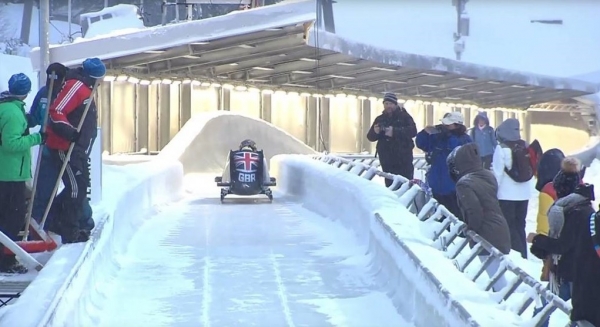 McNeill and Douglas hadn't raced together until today

Dom Parsons and Jack Thomas will represent GB in the men’s skeleton at 12.45pm GMT on Saturday, before Lamin Deen and Sam Blanchet and Bruce Tasker and Toby Olubi go in the 2-man bobsleigh at 4.30pm.