Brad Hall brought the curtain down on the bobsleigh and skeleton World Championships with a superb seventh-place finish in the 4-man bobsleigh on Sunday afternoon.

Hall and team-mates Taylor Lawrence, Luke Dawes and Greg Cackett sat tenth overnight before picking up a spot in each of today’s final two runs.

And with Canada’s Olympic 2-man Champion Justin Kripps pulling out with a hamstring injury, the Brits moved up another spot in the standings.

Hall and co clocked 53.83 seconds for the sixth best time of the field to move above Michael Vogt’s Swiss team at the end of Run 3, before another impressive effort in the rain in Run 4 saw them jump ahead of South Korea’s Olympic silver medallist Yun-Jong Won in the final standings.

The result was the team’s best of the season, beating their eighth-place finish at the World Cup event in La Plagne in January.

It provided a fitting ending to a fine season for Hall, who won the country’s first 2-man World Cup medal for more than 30 years with Cackett in Igls a few weeks ago but had to settle for 16th in the World Championships in that discipline last week. 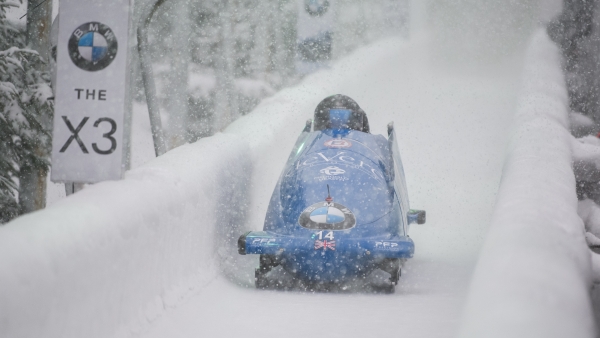 Deen’s team had sat 18th going into the final run but a crash midway through the heat meant they dropped two spots in the final standings.

They managed to stay in the sled past the finish line, ensuring they officially completed the race, though, and all four athletes were safely out of the sled and able to walk through the crowds at the finish.

America’s Hunter Church had earlier crashed in Run 3 and Romania’s Mihai Tentea overturned two sleds after Deen in Run 4 amid tricky weather conditions featuring rain and sleet at arguably the most treacherous track on the circuit.

Germany claimed yet another 1-2-3 following the same achievement in the men’s skeleton on Friday afternoon.

Francesco Friedrich completed another 2-man and 4-man double as he came from fourth overnight to take his third straight 4-man crown.

Johannes Lochner won silver and Nico Walther bronze after an incredibly tight tussle at the top of the standings.

The three German sleds were separated by just one hundredth of a second at the end of Run 3, with Walther and Friedrich tied at the top and Lochner just 0.01 seconds behind after approximately three miles of racing, before Friedrich pulled away in the final heat.

It means the home nation won all but one of the five gold medals on offer over the last 10 days, having also taken the 2-man title and all three skeleton crowns (men’s, women’s and mixed team), with America's Kaillie Humphries the only non-German to triumph when she won the women’s bobsleigh.