British cycling star Victoria Williamson has her sights set on the Winter Olympics after switching to bobsleigh with immediate effect.

But the 26-year-old has now opted to swap sports despite still having a chance of making the 2020 Summer Olympic Games in Tokyo next year.

She has linked up with World Junior Champion and 2018 Winter Olympian Mica McNeill and is now determined to make just as big an impact as a bobsledder as she did as a cyclist.

“After nine years of chasing my Olympic dream on the velodrome, the door has closed and another one has opened… it’s bobsleigh time!” said Williamson, who began training with the team in Bath this summer and will make her British Bobsleigh debut in the Europa Cup race in Altenberg tomorrow.

“Cycling has been a big part of my life since I was a teenager and, in a way, I’m sad to be moving on but, equally, I’m excited about what could happen in my bobsleigh career.

I’m so excited to share my next chapter in elite sport and will continue to chase down my dream of competing for Team GB.

"I am thankful for another opportunity that has come my way and I can’t wait to get to stuck into this new challenge.” 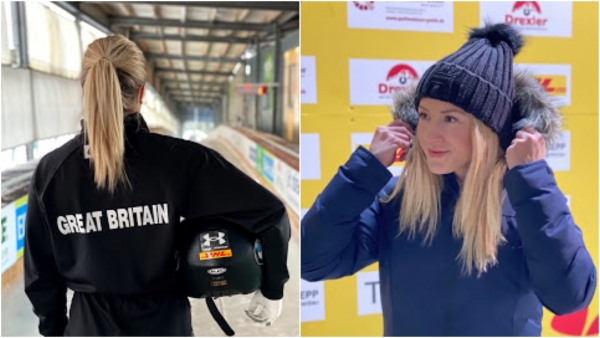 Vics Williamson is now targeting Olympic success as a bobsledder

Williamson joins an impressive list of current British bobsledders who have previously shone in other sports, with the likes of discuss thrower Alan Toward, sprinter Montell Douglas and rugby sevens star Sam Blanchet all having represented the country before switching sports.

The history behind Williamson’s switch arguably makes it stand out in even that impressive company, however, given that it was feared she may never walk again after a horror crash in Holland just under four years ago.

Williamson broke her back, neck and pelvis in a collision in Rotterdam in 2016 and she understandably describes coming back to ride for GB at both World Cup and World Championship level as her greatest achievement to date.

If she can add an Olympic medal in Beijing in 2022 to her lengthy list of honours, that remarkable recovery might just have a rival for top spot.