GB Skeleton head into the Olympic season in great shape, both on and off the ice, according to the man plotting the path to success in South Korea.

On the back of seeing Olympic Champion Lizzy Yarnold win bronze at February’s World Championships, Performance Advisor Andi Schmid says the recent spring camp attended by all his athletes, coaches and support staff has left him in high spirits just nine months out from the Winter Games.

“It was one of the best camps we’ve had in the past few years,” said Schmid, on the back of the fortnight-long get-together in Bath.

“Our new generation of coaches are now really clear of what we want to achieve. They always understood that but now it is second nature to them. They live and breathe it now. It was one of the main things I wanted to achieve last year - ensuring this bigger team of coaches, staff and athletes is truly cohesive. And that’s what I see now.

“The camp gave us a chance to look back at the whole of last year but to also look forward at the plan for the future. We looked at things like research and innovation, operational planning, and all the little bits and pieces that can make a difference. Everyone left the camp understanding exactly what we want to achieve and where we need to get to. From the physio knowing about the R&I and the technical manager knowing what the nutritionist is doing, everyone is on the same page.

That’s one of the big achievements from the last three years of this Olympic cycle: I feel that the whole group of athletes, coaches and staff are one big unit. Every athlete feels highly valued, even though they are under pressure to get results.

“The growth of the organisation over the past few years has brought some challenges, and we knew that would be the case. But there is a strong group in place now and we have a really good, solid base for the next nine months, and for the longer-term future as well. That’s really exciting for me and for everyone involved.” 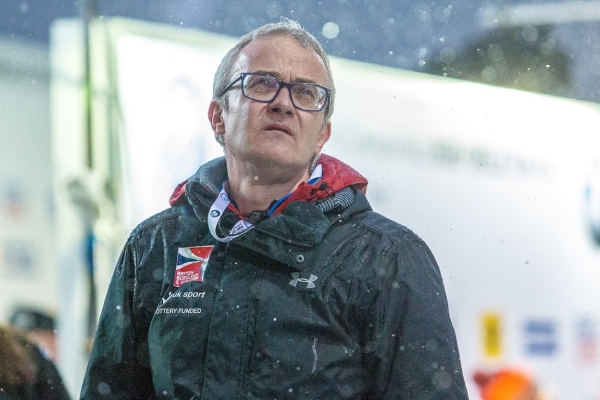 Andi Schmid sees a strong base to build from this summer

Schmid’s squad started official training on Monday and the gold medal winning coach can already sense the excitement within his team now that the Olympics are well and truly on the horizon.

The former World Cup and World Championship winning slider has detected an extra buzz within the group as they throw themselves into another summer of hard graft ahead of the showpiece event of the winter sports world.

And, while Schmid himself is an Olympic coaching veteran, he admits he is no different to his athletes when it comes to how he feels about what lies ahead in February of next year.

“You can see the difference within the group already. And for me, the simple answer is that I wouldn’t be here if I didn’t feel that buzz,” added Schmid.

I like that experience and I like to push things to the next level. Yes, there is pressure, but that is just part of what we do – it’s part of our existence and it’s what drives us.

“We’ve got a new group of people since the last Olympic Games and you can see that level of excitement in them. It’s all new to a number of them and they are enjoying being a part of it. They can see and smell the Olympics now. There is no need to motivate them - they are already asking questions and are completely focussed on Pyeongchang.”