Poulton pleased with progress in Prague

BBSA Chair Joanna Poulton has spoken positively of her first International Bobsleigh & Skeleton Federation (IBSF) Congress after she returned from Saturday and Sunday’s meetings in Prague.

Poulton, who took over from Christopher Rodrigues as Chair earlier this year, travelled to the Czech Republic with British Skeleton’s Interim Performance Director, Natalie Dunman, Ian Richardson and Stephen Roland-Jones, along with UK Sport's Senior International Relations Advisor, Clare Barrell, all of whom who have huge experience within the sports.

The annual meeting featured discussions on all aspects of bobsleigh and skeleton, including state of play reports, discussions on rule changes, the future direction of the IBSF and the sports in general.

“The IBSF Congress is a key part of our calendar and it is important that Great Britain is well represented when it takes place every summer,” said Poulton.

We had a strong delegation out in Prague, with a lot of experience of the inner workings of the sports and some fresh ideas on the future direction of travel. It was good to meet other federations, to maintain long-standing relationships and build new ones, to learn from what others had to share with us and to, at times, offer others a different perspective.

“The IBSF presented detailed analysis of a broad range of areas within the organisation, encompassing everything from operations and race day logistics to media and marketing progress and challenges.

“There was a lot to take on board but we left Prague pleased with how Congress went and equally happy that we were able to get our own points of view across and that the IBSF were receptive to the contributions we made.

“I’d like to thank the Czech Federation for their hospitality and the IBSF for the time and effort they put into ensuring all the nations were updated on last season’s accomplishments and what is on the agenda for coming seasons.” 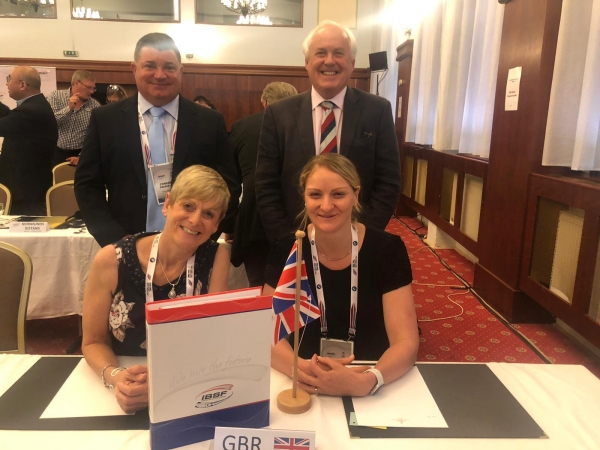 As well as awarding the 2023 World Championships to St Moritz and the 2020 and 2021 Congress to China and Jamaica respectively, IBSF delegates spoke passionately about the role of women’s mono-bob and para bob for the development of the sport, as well the mental health of athletes and other participants.

“It was made clear that the success of women’s mono-bob in the Winter Olympic Games in Bejing will play a very important role for the development of the sport as a whole. Success on this front will enable and promote greater participation by women and it will provide a stronger pathway into the sport,” added Poulton.

The same goes for the para sections of our sports. The IBSF have highlighted this as an area they want to see grow and I hope Great Britain will play an important part in that progression towards getting the sports included at the Paralympic Winter Games.

“Mental Health was also very high on the agenda, and that was very pleasing to see. We listened to a moving and enlightening presentation by Italian Olympic gold medal winning shooter and shooting coach, Nico Campriani, and it was clear that had a significant impact on the room as a whole.

“The IOC (International Olympic Committee) sees the mental health of athletes, former athletes, coaches and those involved in elite sport as one of the key areas to be addressed in the coming years and the IBSF is committed to raising awareness in its membership of best practice. “

Congress came just a week after the IOC awarded the 2026 Olympic Winter Games to Milan Cortina and with the 2020 Youth Olympics very much on the horizon.

Those two events were always likely to provide an added buzz to the annual gathering and that was clear from the moment things got going in Prague.

There was an obvious sense of excitement following on from the decision to award Italy the 2026 Winter Games and that enthusiasm was also noticeable when it came to discussing the Youth Olympics in Lausanne next January and February.

“We plan to have a strong presence from both sports in Italy, as well as a youth bobsleigh team in Lausanne. The team did brilliantly in the last Youth Olympics cycle and we’re confident we’ve got another great group of athletes to try and match those achievements this season.”