British Skeleton have appointed Mareks Mezencevs as Performance Sliding Coach ahead of the new season.

Mezencevs joined the team this month and has committed to the programme for the full Olympic cycle as British Skeleton look for more medal success in Beijing 2022.

The 38-year-old Latvian will work closely with the country’s leading sliders and will also have technical input across the programme.

He arrives here with a wealth of experience, having coached legendary Latvian slider Martins Dukurs and his brother Tomass for a decade until after the 2018 Olympic Winter games in South Korea.

“We are delighted to have secured the services of such a well respected and highly thought of coach,” said British Skeleton’s Interim Performance Director, Natalie Dunman.

Mareks comes to us with a vast amount of experience and that will be invaluable to our athletes as they aim to keep winning medals on the world stage.

“He has fitted in well to the team culture in the short time he has been with us and I know the athletes and staff are looking forward to working with him throughout the summer and then into the winter season.” 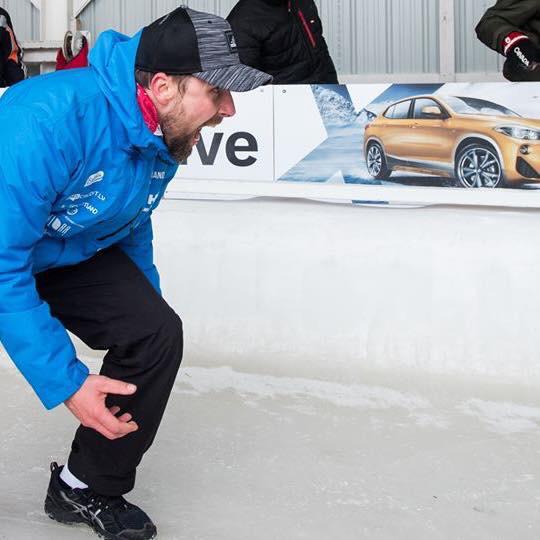 Mezencevs has coached his native Latvia to international success

Prior to coaching the Dukurs brothers and the senior Latvian team, Mezencevs slid competitively for his country between 2000 and 2008 on both the World Cup and Europa Cup circuits.

He spent last season working with the junior Latvian team and had long combined coaching with his job as Ice Master of the track in Sigulda - a venue that returned to the World Cup circuit last season and is on the calendar again this time around.

“I’m really excited and honoured to be working with the British team,” said Mezencevs, who will be back in Bath for the next coaching camp in early July.

British Skeleton have a history of success and I hope I can help them continue that over the next few seasons. That will be my biggest goal: to keep the team’s Olympic success going in Beijing.

“It is a different set up to the Latvian programme as it is much bigger but that is pretty exciting and I think there is a lot of potential here for the future. One of my best memories from my time coaching Latvia was seeing Martins and Tommy both stand on the podium at the World Championships in Winterberg in 2015 and I will do all I can to make sure we have more of that type of success with the British team.

“There is a good group of athletes here and I hope I can use my experience to help them improve their sliding. I want them all to really understand sliding - we want it to be natural for all of them.

Mezencevs will work closely with Pathway Coach James Howard, a former British slider who retired from competition in late 2016 and has been part of the coaching set up since early 2017.

British Skeleton will be announcing further coaching appointments later in the summer.