Hall has sights on another top six

Brad Hall has his sights set on a fourth successive wider podium place when the World Cup bobsleigh circuit continues in St Moritz this weekend.

Hall backed up his historic silver medal from Igls with joint sixth spot in Konigssee last week, having previously finished fourth in his first World 2-man race of the year in La Plagne earlier this month.

That silver two Saturdays ago was the country’s best World Cup 2-man result since the 1980s, while last week’s showing saw Hall secure a hat-trick of back-to-back top six placings for the first time in his career.

Former decathlete Hall, who was an Olympian in PyeongChang in 2018 before finishing joint fourth at last year’s World Championships in Whistler, was only beaten by a trio of German sleds on home ice and an Olympic Champion and a World Championship silver medallist in Konigssee last Saturday.

The 29-year-old is currently 10th in the World Cup rankings, despite having missed two of the five 2-man races so far this season.

Hall will again link up with Greg Cackett for the 2-man event, with Luke Dawes and Taylor Lawrence completing his crew for Sunday’s 4-man race. The start list is yet to be released for the 4-man but Hall and Cackett are off sixth in a 20-sled field in the 2-man competition. 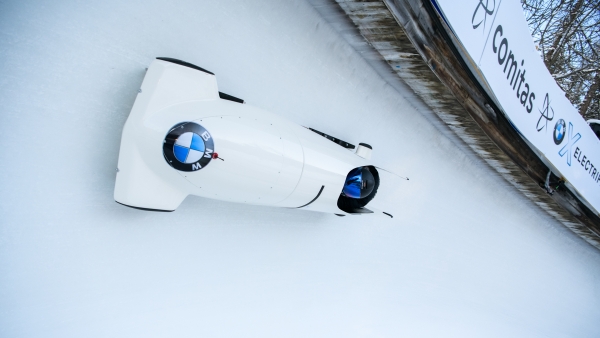 Mica McNeill also competes in Moritz this Saturday as she goes with Montell Douglas in the women’s event.

McNeill and Douglas finished 12th in Konigssee after missing the race in Igls with illness.

They were fifth in St Moritz almost a year ago to the day, however, and were seventh here in both 2018 and 2017. They start second of 12 sleds in Switzerland.

Lamin Deen and his crew won’t be competing in St Moritz after they headed back to the UK following the 4-man race in Konigssee.

Deen and co are training on the push track next week as they continue their preparations for next month’s World Championships in Altenberg from back in Bath.