Sochi Olympian Lamin Deen will make his first appearance of the new bobsleigh season in Park City this weekend, while reigning Olympic Skeleton Champion Lizzy Yarnold will be looking to build on the bronze medal she won in Lake Placid last time out.

Deen, who guided GB to fifth at the World Championships 12 months after his maiden Olympics in 2014, didn’t race last week as the 4-man bobsleigh competition was cancelled due to unseasonably warm weather.

Ben Simons, Toby Olubi and Joel Fearon line up alongside Deen for the first of the two 4-man races at 10pm GMT on Friday, with Sam Blanchet, Judah Simpson and Greg Cackett pushing Hall in Utah in the same race.

The second 4-man race at 11pm on Saturday sees Simons, Olubi and Deen joined by Andrew Matthews, while Hall is partnered by Bruce Tasker, Fearon and Cackett in a repeat of his team from February’s World Championships in Konigssee.

Mica Moore again links up with Mica McNeill for the GB Women’s team following an impressive eighth-place finish in their opening race last Friday. The pair were ultra consistent across both heats in New York State and they will look to close the gap on a wider podium place when Race 2 takes place at 1am GMT on Saturday.

“While the 2-man results last week weren’t what we were looking for, there were some encouraging signs, particularly when it came to our start times,” said GB Bobsleigh Performance Director, Chris Price.

With the 4-man races having been cancelled in Lake Placid, we have a group of athletes who are chomping at the bit to get back racing.

"Training has gone well and we’ve got some real strength in depth, which makes team selections particularly tough.

“The Women’s team performed very well last time out, with Mica producing two really consistent drives, and they will be looking to build on a really positive platform from Placid.”

Laura Deas made it two British sliders in the top five in Lake Placid and she and Youth Olympic Champion Ashleigh Pittaway, who was 21st last week, join Yarnold again in representing GB in the Women’s Skeleton at 7pm GMT on Friday. 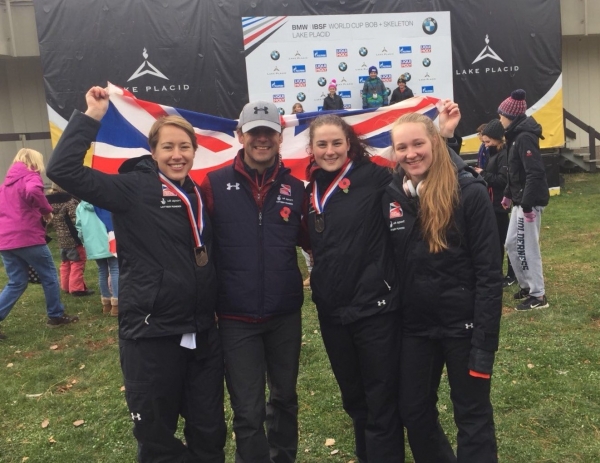 “It was a solid start across the board as a whole last week,” said GB Skeleton Head of Performance, Danny Holdcroft.

Hopefully, each athlete can take a step forwards from last weekend in respect of their own individual plan as we build towards Pyeongchang.

"Ultimately, it is about enabling an athlete to deliver their optimum on a given day and then being consistent across the season. If we can achieve that with all six World Cup athletes then it will be another good part of the plan completed.”

Britain’s Skeleton sliders are also in action on the Europa Cup and Intercontinental Cup circuit on Friday and Saturday morning as they look to build on last week’s raft of medals in Lillehammer.

Click here to find out who, how and where.