Hall secured seventh in the 2-man event with Greg Cackett in Igls on Saturday, 24 hours before coming eighth with Cackett, Taylor Lawrence and Luke Dawes in the 4-man at the same venue.

Cackett and Hall sat fifth after the first 2-man run and were in the mix for a second medal in as many as seasons at Igls following their superb silver 12 months ago. They were just five hundredths of a second outside the medals at the halfway mark as they again showed they can compete with the best in the world but a slightly slower second run saw them slip back two spots in the final standings. Their start times of 5.18 and 5.17 seconds were the joint ninth fastest on each occasion.

Deen teamed up with Tremayne Gilling for Gilling’s first start of the season as they finished 18th. Gilling hadn’t raced for GB since the 4-man competition at the World Championships last year and this was just his second ever World Cup 2-man race.

The result was an improvement on Gilling’s only previous World Cup 2-man showing of 20th in La Plagne in January 2020 and it bettered Deen’s 2-man result from last week when he finished 21st with Joel Fearon in Konigssee. 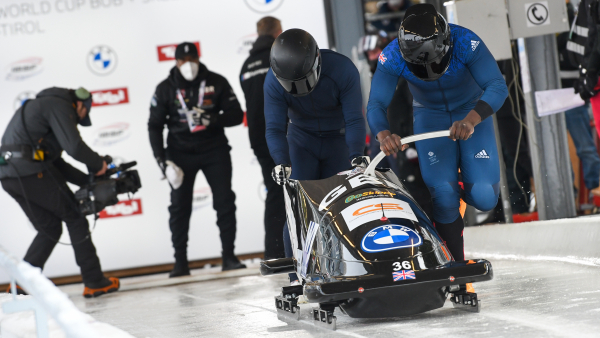 Tremayne Gilling made his first GB appearance for a year

In Sunday’s 4-man race, Deen initially led the way for the Brits with Fearon, Ben Simons and James Dasaolu as they sat eighth after Run 1, with Hall and co back in 11th. The sleds around them were tightly bunched, however, and the Brits swapped places in the final standings after Hall went quicker and Deen slower second time around.

Hall’s second run time was the sixth fastest of the heat, while his team’s start times of 5.15 and 5.14 seconds were the equal eighth quickest on both occasions.

Deen and his team produced very similar start times of 5.17 and 5.15 seconds as they improved on their 13th-place finish in Germany seven days earlier.

Francesco Friedrich continued his incredible record of winning every single race in 2021 as he took 2-man and 4-man gold for the fourth week running. The German finished the World Cup campaign with an overall record of 15 wins from 16 races across both disciplines, with his silver medal in the 2-man in Igls back in December the only time he wasn’t on the top step of the podium. 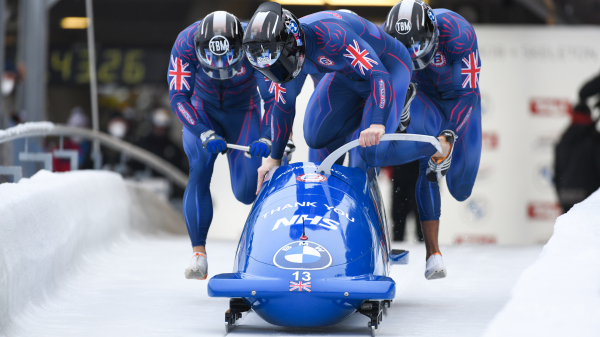 Breena Walker took gold for Australia in the monobob and Kaillie Humphries triumphed alongside the returning Lolo Jones as the women’s bob brought the curtain down on the World Cup calendar.

Next on the agenda for the teams is the World Championships in Altenberg.

The showpiece event of the season gets underway with the women's bobsleigh this Thursday and Friday, with the 2-man bob following suit on Friday and Saturday.