It marked the first time since February 2008 that GB had seen three men feature in the top ten of a World Cup race.

Weston missed a maiden medal by just 0.21 seconds in only his second ever World Cup start, while Thompson equalled his own top-tier PB as he finished a further tenth of a second back.

Former England Taekwondo youth star Weston only made his international debut in December of last year and had only raced 10 times in individual competition on all circuits prior to the season opener in Sigulda.

But the 23-year-old showed his potential to challenge the elite as he clocked a combined time of 1 minute 41.44 seconds to finish exactly a second behind runaway winner and reigning overall World Cup king Martins Dukurs on the Latvian’s home track.

All three Brits were among the best starters in Sigulda, with Thompson joint quickest off the top in Run 1 and second fastest out of the blocks in Run 2.

Former Swindon Town Youth footballer Thompson matched his fine sixth-place finish from Igls last January as he jumped up an incredible 18 places from his last outing in Latvia nine months ago. 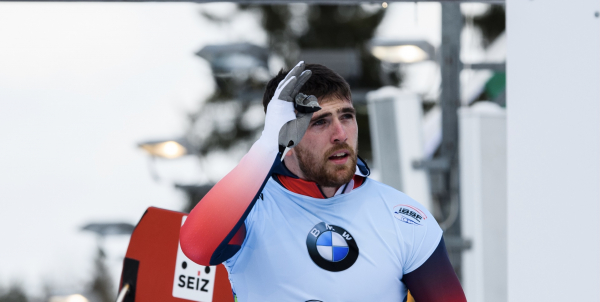 Wyatt was just a hundredth of a second from making it a fifth, sixth and seventh for the Brits as he registered a time of 1 minute 41.66 seconds in the first of the back-to-back races in Sigulda this week and next.

The men’s results completed a strong opening week showing for the British squad after Olympic bronze medalist Laura Deas registered her best World Cup result for 21 months with sixth spot in the women’s race this morning. Ashleigh Pittaway produced a really impressive second run in the same race to finish 12th, with Amelia Coltman a very creditable 14th on her World Cup debut.

The teams race again at the same venue next Friday, November 27th, before the World Cup circuit takes a week-long break prior to heading to Igls in Austria.

GB haven't had three men in the top ten at a World Cup race since Kristan Bromley, Adam Pengilly and Anthony Sawyer finished second, sixth and ninth respectively in Konigssee in February 2008.