Strong end to season for both sports

The British Bobsleigh and Skeleton teams concluded their racing seasons at the weekend, with only Para Bob athlete Corie Mapp now left with competitions to complete this month.

Bobsleigh and skeleton athletes took part in Intercontinental Cup and Europa Cup races in Igls and Konigssee, with the skeleton team taking home two medals and giving a handful of athletes their first taste of international action, while a trio of bob crews showed significant improvements and Mica McNeill missed a podium place by the narrowest of margins.

The race was just Salisbury’s sixth international outing and only his second on the ICC circuit - the second tier of skeleton competition - and the medal came just two-and-a-half months after the 25-year-old first competed for GB.

For Fulker, it was a third medal of his brief career to date following a brace of bronze medals on the EC circuit, including one in Igls two weeks earlier.

The Brits were only beaten by Germany’s Felix Seibel, a man who won four of this season’s five ICC races and took bronze in the other.

Salisbury and Fulker also both competed on Saturday in the last ICC race of the season, with Fulker finishing fifth and Salisbury sixth, with Seibel again victorious. 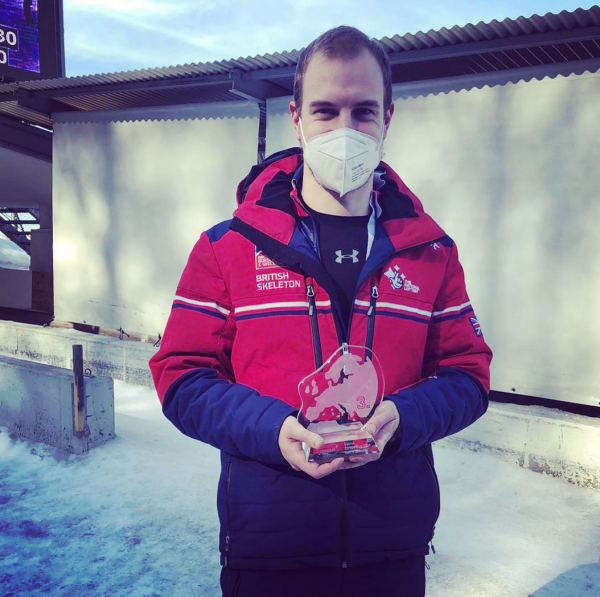 There were also impressive first outings for no fewer than five of the Ignite Talent Team on the EC circuit in Igls as the group of athletes looking to put pressure on the likes of Fulker and Salisbury for the Milan Cortina 2026 Olympics got their racing careers started in some style.

Freya Tarbit finished a hugely creditable fifth on Thursday as she came within 13 hundredths of a second of a sensational debut medal. Team mate Milly Kellyman also impressed in ninth after she clocked the seventh fastest time of Run 2 in a full field of 30 sliders. The pair were the fastest and joint third-fastest starters respectively in Run 2, with Tarbit also third quickest overall in that second run.

Fellow Brits Rachel Hanagan and Amelia Coltman were 15th and 16th respectively, with Coltman making her comeback from ankle surgery that had seen her sidelined from racing since December.

In the men’s race 24 hours later, Patrick Atkin placed equal 13th on debut and Dan Read and Ronnie Wells were 23rd and joint 25th in a huge field featuring 41 athletes and including a whole host of World Cup regulars.

Atkin was the fastest starter in both heats and Wells was the equal second quickest in Run 1, with Atkin more than a tenth of a second quicker off the top in Run 2 than any other athlete bar fellow Brit Laurence Bostock.

Bostock, who is still only 21 years of age, finished in an impressive sixth spot in just his second full season of competitive sliding as he ended 2020/21 by equalling his PB.

Over in Bavaria, where the bobsleigh action was taking place, McNeill ended her campaign with a strong showing in the monobob competition. The 2018 Olympian endured a tough time at the World Championships earlier this month but she bounced back as she so often does to finish fourth in a field of 19 in Konigssee on Saturday.

McNeill was just five hundredths behind bronze medal winner Breena Walker of Australia – with the two spending much of the season in each other’s company having shared the same coach, Matthias Boehmer, since the summer. 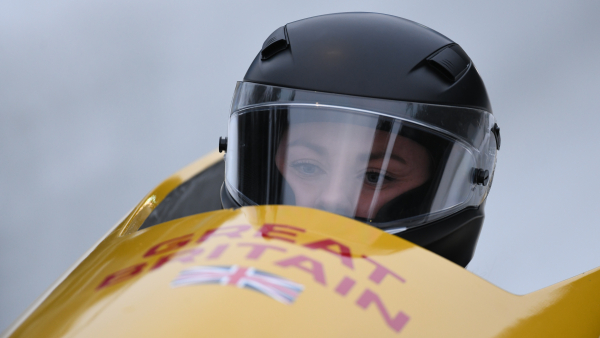 There was also a particularly impressive end to the season for Adam Baird and Tom Milner, who finished 12th in the EC 2-man event on Saturday. The result was by far Baird’s best as a pilot, with the serving Royal Marines Commando improving from 18th last time out in Igls and 29th from his only previous race in Konigssee 14 months ago.

There were also obvious improvements from Axel Brown and Tom Harris as they finished 16th and from John Stanbridge and Alex Cortes-Tankard, who placed 19th. Seeing all three GB sleds make the top 20 and get a second run in field of 32 teams featuring a host of World Cup pilots was a major step in the right direction.

The weekend’s action was due to conclude on Sunday with the women’s bobsleigh and the 4-man events but, unfortunately, technical issues with the track meant both those races were cancelled on Saturday evening. 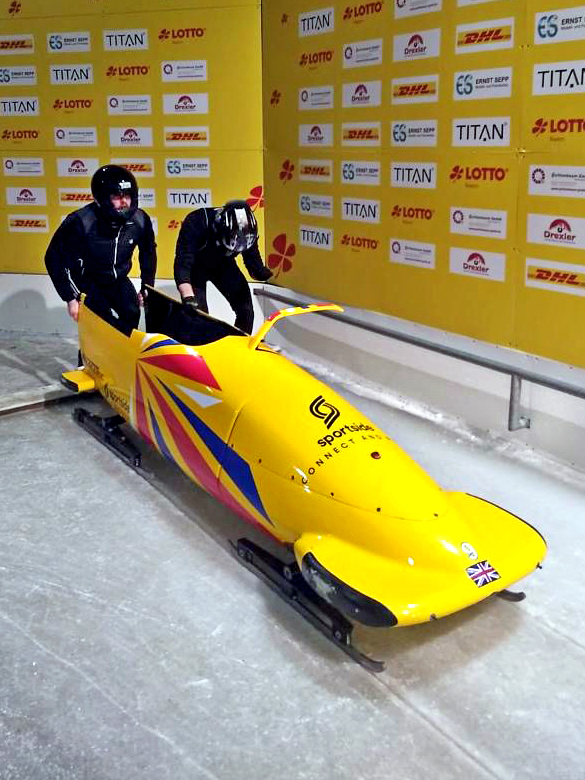 Adz Baird and Tom Milner were 12th in Germany

While most of the GB athletes were finishing their seasons, Mapp was only just starting his in St Moritz. Para Bobsleigh has been the hardest hit of all the sliding disciplines during the Covid-19 pandemic and Mapp and his counterparts have had to wait until now to get their shortened campaign underway.

Mapp, who is the reigning European Champion and overall World Cup silver medal winner, was fourth in Race 1 on Thursday and fifth the following day at the spiritual home of sliding.

The former soldier races again at the same venue in the third of the five scheduled World Cup races at 6.30am GMT tomorrow, before Moritz also hosts the World Championships over two days and four heats this Thursday and Friday.