The 43-year-old completed the four-run race in a time of 3 minutes 46.85 seconds as he missed a medal by just four hundredths of a second.

Mapp led after Run 1 in Lillehammer but a brace of fifth-places and one fourth in the three runs that followed meant he finished behind Jonas Frei, Flavio Menardi and Christopher Stewart.

Switzerland’s Frei added the World Championship title to the overall World Cup crown he won earlier in February, with Italian Menardi claiming just the second medal of his career as he took silver.

Frei’s Swiss team mate Stewart missed out to Mapp in the overall World Cup standings when Mapp finished third and Stewart fourth but it was the other way round in the final race of the season.

“Our season came to a frustrating end, but as they say, in sport, you don’t deserve anything, you earn it,” said Mapp.

We earned 4th in the World Championships here in Lillehammer and I can honestly walk away knowing I gave it all I had.

“I’d like to congratulate the winners and all my fellow competitors on a hard fought and successful season. Again, thank you to all that took time to send messages of encouragement or supported me in any way at all. 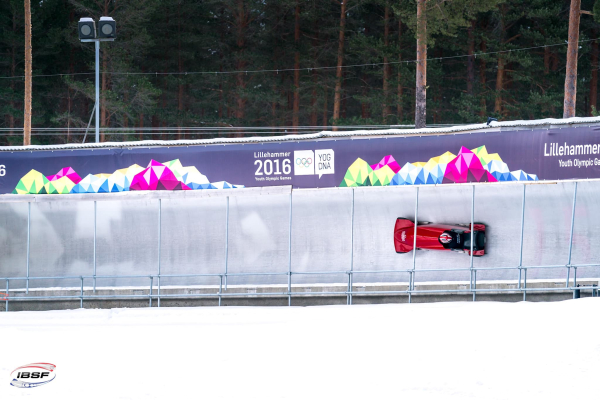 Corie Mapp came within a whisker of another medal

“A massive thank you to Peter Gunn for being a great coach but also just for being a stellar human being. Thank you to the Household Cavalry Foundation, Blesma, The Limbless Veterans, British Bobsleigh & Skeleton and all of my independent sponsors who have continued to support me for the past eight years. Thanks also to Sarah Monk and the other IBSF coaches and staff for all their support and hard work throughout the season. We couldn’t do it without you.

“Now it’s back to CrossFit Cirencester to my home coaching team to try rebuild myself a bit and work harder to be stronger and better mentally. I need it. I look forward doing it all over again next season.”