The BBSA welcomes the statement by the IBSF in which it has moved to ‘suspend with immediate effect its member, the Bobsleigh Federation of Russia, as per the IBSF Statutes until the next Congress to be held in July 2022’.

This decision is in line with the BBSA’s own position and we are pleased that the IBSF has acted now rather than wait any longer to make its position known.

We stand in solidarity with the people of Ukraine against this unacceptable and unwarranted invasion of a democratic nation.

'At an extraordinary meeting today, the Executive Committee of the International Bobsleigh and Skeleton Federation (IBSF) discussed the recommendations published by the International Olympic Committee on 28 February 2022. In order to protect the athletes, the Executive Committee unanimously ruled to suspend with immediate effect its member, the Bobsleigh Federation of Russia, as per the IBSF Statutes until the next Congress to be held in July 2022. It is crucial to emphasize that this is a stand against the breach of the Olympic Truce and IBSF fully supports the recommendations of the IOC regarding no participation of Russian and Belarusian athletes and officials.

'It is equally important that IBSF stands together with all its athletes in all its member federations, and the decision is not aimed against athletes. We are here to protect our values, and we accentuate our values of integrity and solidarity with this decision.' 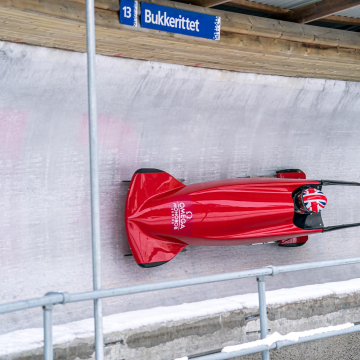