Kim Murray recorded a top ten finish in the women’s skeleton in Sigulda on Sunday.

The former long jumper from the Isle of Wight produced a stunning second run to jump from 17th at halfway to 10th at the finish in Latvia.

Murray clocked a combined time of 1 minute 45.37 seconds, with her second run half a second faster than her first in the final World Cup race of the season. Had the 30-year-old gone two hundredths of a second quicker overall, she would have climbed another spot in the 26-strong field.

The result is Murray’s second-best World Cup finish of the year after her eighth-place effort in Igls last month and the third best in her 12 World Cup races to date over the past two seasons.

Brogan Crowley made her World Cup debut after in an injury-disrupted season finishing 23rd in a one-run time of 53.53 seconds. 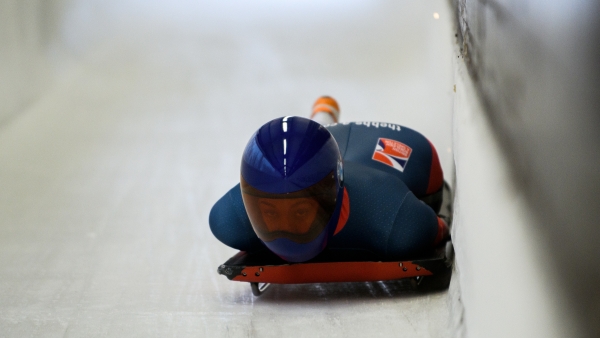 Brogan Crowley made her first top-tier start in Sigulda

The race doubled as the European Championships, with Murray and Deas' placings unaffected but Crowley up to 16th after all the non-European athletes were removed from the standings.

The skeleton circuit takes a break next weekend as the women’s and 2-man bobsleigh take centre stage at the World Championships in Altenberg.

The women’s skeleton returns with the showpiece event on Friday 28th and Saturday 29th February, with the men’s race scheduled for the Thursday and Friday.