The British Skeleton team are looking to make an early statement when the new World Cup season begins this weekend.

Having won three of Team GB’s five medals at the PyeongChang Olympics 22 months ago, the squad have their sights set on more success on the global stage and there’s no better time to start than this Saturday and Sunday.

GB have six athletes competing in Lake Placid in America’s New York State, with Dom Parsons returning from a year out to complete his PhD to join fellow Olympic bronze medallist Laura Deas, Kim Murray, Madelaine Smith, Craig Thompson and Marcus Wyatt in the squad in the States.

Performance Director Natalie Dunman knows that it won’t be easy for the team to make an immediate impression in Placid given the advantages many of the other nations will hold having had greater access to ice time since the end of last season but she insists her squad are in good spirits and can’t wait to get started.

“We’re excited to get the World Cup season going and the team are happy with how the prep has gone out here in Placid,” said Dunman.

“We’ve had a solid amount of ice time this week and we feel like we’re in a good place. You can never really fully gauge where you are against the rest of the world until the racing gets underway, though, so we’re looking forward to seeing where we’re at and, hopefully, putting an early marker down for the season.

“We had a really good start to the season a fortnight ago on the Intercontinental Cup circuit, with both Marcus and Maddy medalling before coming out to the US.

That’s added to the feel good factor, as has the fact that we’ve got a new coaching team in place and we’ve got Dom back in the team after a year off sliding to finish his PhD.

“What we’re looking for this season is improvement from everyone in the team. Of course we’ll be targeting some more medal winning performances but the bigger goal is to keep making gradual progress throughout the whole season to put us in a really good place as we head into the second half of the Olympic cycle.” 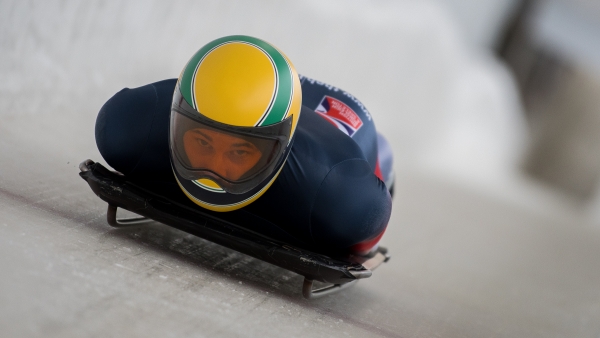 Deas won a bronze medal in her most recent World Cup race in Calgary back in February, while Wyatt finished the season in sixth place in the world rankings.

Murray and Smith impressed on their first full season on the World Cup circuit and Thompson made his World Cup debut towards the back end of the campaign.

For Parsons, this weekend’s race in Placid will be his first for GB since the Olympic Winter Games in PyeongChang two seasons ago when he became the country’s first male skeleton medallist for 70 years.

NB there are no British sleds in this week’s World Cup bobsleigh races as the teams have opted to compete on the European circuits until the New Year.