Double Olympic Champion Lizzy Yarnold has been named an OBE in the Queen’s Birthday Honours list.

Yarnold became the first British Winter Olympian to defend her crown when she won gold in PyeongChang in February.

The 29-year-old, who was one of three British Skeleton medalists in South Korea, was appointed an MBE after her first Olympic success in Sochi four years ago.

“I am hugely honoured as it’s been a great year for me, and Team GB,” said Yarnold, who is now the most decorated Winter Olympian this country has ever produced.

I want to encourage future generations of skeleton athletes and I think that this honour will increase awareness and support for the sport that I love.

"I can’t wait to see what the future holds for my sport.” 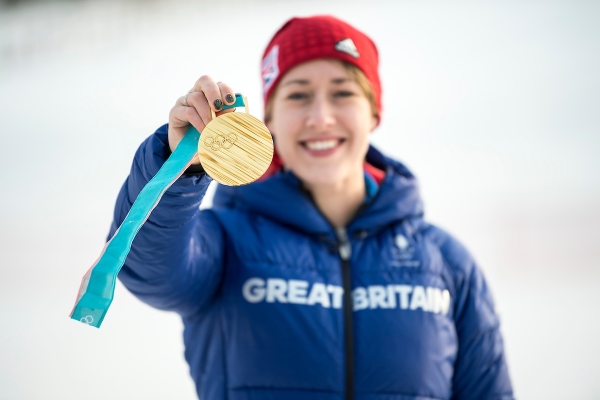 Lizzy is an outstanding ambassador for our team and our sport and a fabulous role model for the wider public.

“Her achievements as a skeleton slider are nothing short of incredible and 2018 has been another amazing year so far. To become the first British Winter Olympian to win back-to-back gold medals is truly remarkable and an achievement that we are all immensely proud of.

“She should be equally proud of the regard in which she is held by her team-mates, coaches and the wider sporting world. Lizzy is an inspirational figure and this latest recognition is just reward for the impact she continues to have, both on and off the ice.”

Mike Hay, who was Chef de Mission in PyeongChang, is among those to receive the same honour as Yarnold, as is heavyweight boxing champion, Anthony Joshua.