Murray moves up and up

Kim Murray broke a four-year-old track record on her way to a top eight finish in the women’s World Cup skeleton in Igls on Friday afternoon.

Murray clocked a stunning time of 53.70 seconds in Run 2 to smash Tina Hermann’s top time from 2016 as she recorded the second best result of her career to date.

Having sat 16th at the halfway point, the 31-year-old from the Isle of Wight enjoyed a lengthy spell in the leader’s box before Canada’s Mimi Rahneva eventually overhauled her and then race winner Jacqueline Loelling took away her track record at the death.

Murray missed out on equalling her highest ever World Cup finish of seventh from Calgary 11 months ago by just four hundredths of a second and she was just five hundredths away from a first ever wider podium place allocated to the top six sliders. 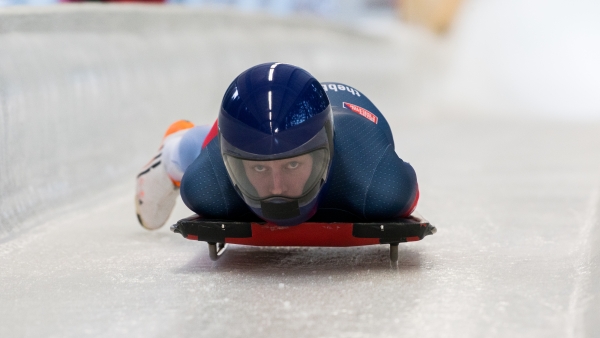 Kim Murray just missed out on the top six

The former long jumper’s overall time of 1 minute 48.07 left her 37 hundredths from a medal as she went a remarkable 67 hundredths of a second quicker in her second run (53.70) than she did in her first (54.37). The result is easily Murray’s best of the season so far after she previously placed 18th in La Plagne and 19th and 22nd in the double header in Lake Placid.

Fellow Brit Madelaine Smith finished 11th a week after she had herself placed eighth in La Plagne, while Olympic bronze medallist Laura Deas was 19th after dropping a couple of spots in Run 2.

Murray’s impressive showing came on the back of an outstanding morning for the British Skeleton programme after Marcus Wyatt and Craig Thompson secured the best combined result for the men’s team in more than a decade.