Corie Mapp enjoyed a stunning start to the new Para Bobsleigh season as he claimed silver and gold in the opening weekend of action.

Mapp finished second to his good friend Lonnie Bissonnette in Lillehammer on Saturday before the results were reversed 24 hours later at the same venue.

The 41-year-old former serving soldier was just 15 hundredths behind Bissonnette in the season opener before going on to beat the reigning World Champion and overall World Cup winner by 26 hundredths in Sunday’s second race.

Mapp ended last season second in the final world rankings but this weekend showed he stands as good a chance as ever of regaining the title he won in 2018.

His double medal success in Norway came from a field of 22 athletes from 14 different countries as the sport continues to grow despite the disappointment of missing out on a spot in the schedule for the 2022 Paralympics in Beijing. 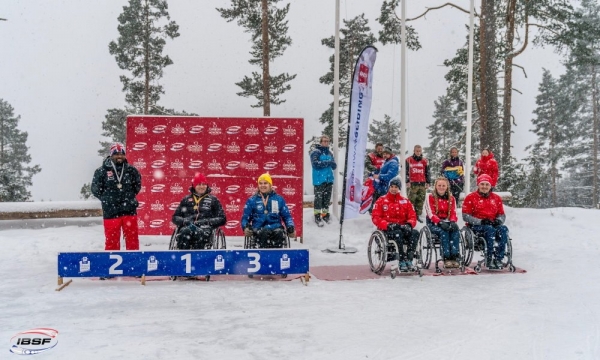 “This was a pretty special weekend for me - it ranks up there as one of my best,” said Mapp.

“I was 10th and 12th here two seasons ago on this track and I just wasn’t getting it.

“It’s been a long summer and a long transition into the season and I was a little apprehensive about it and wanted to start well.

It means a lot to me to get off to this kind of start.

"Hopefully, it’s the start of being in the top two regularly this season - I can’t let Lonnie have his way all the time!”

Next up for Mapp is a trip to Germany for back-to-back races in Oberhof this Friday and Saturday.

Those races start at 8am GMT and 2pm GMT respectively, with the circuit then taking a break until January 24 when it heads to St Moritz in Switzerland.

Mapp won successive bronze medals the last time the circuit stopped in Oberhof back in January and has only finished outside the top three once in six attempts at the track on the eastern side of central Germany. He won back-to-back golds in early 2018, having picked up a bronze in his first race there in January 2017.

A Lance Corporal in the British Army, Mapp lost both legs when his military vehicle ran over an explosive device in Afghanistan in 2010. Among other injuries, he suffered a broken jaw, severed lip and punctured lung but three years later he was representing Great Britain at the European Championships for sitting volleyball.