Brad Hall and Greg Cackett sit 17th at the halfway stage of the 2-man bobsleigh World Championships after a tough first day in Altenberg.

Having won World Cup silver in Igls last month and finished fifth in the overall IBSF world rankings, Hall and Cackett had hoped to be in contention for a top six spot in Germany.

The leading British pair clocked 54.92 seconds to sit 13th after the first run, before a 55.20 effort second time around saw them drop four spots on arguably the most technical track on the circuit.

Team-mates Lamin Deen and Ben Simons are currently 25th ahead of tomorrow’s third and fourth runs. 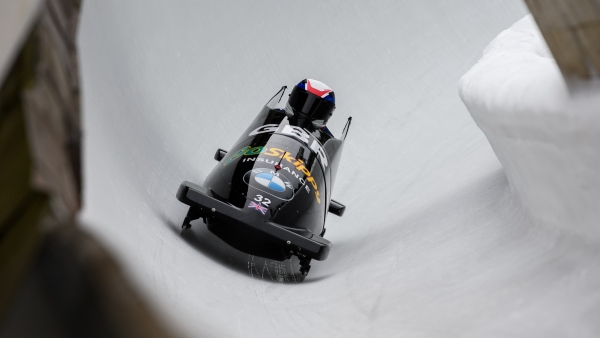 Germany’s Francesco Friedrich is on course for his sixth successive 2-man World Championship crown after he broke the track record in Run 1 and then produced the fastest time of Run 2.

The reigning 2-man and 4-man Olympic Champion hasn’t been beaten in the 2-man event at the World Championships since 2012 and it already looks highly unlikely that anyone will break that remarkable run this time around.

Friedrich’s individual dominance - he leads by almost a second - was matched by his country’s national success on Saturday as the top four sleds in the field were all German.

The 4-man race is scheduled for next Saturday and Sunday. 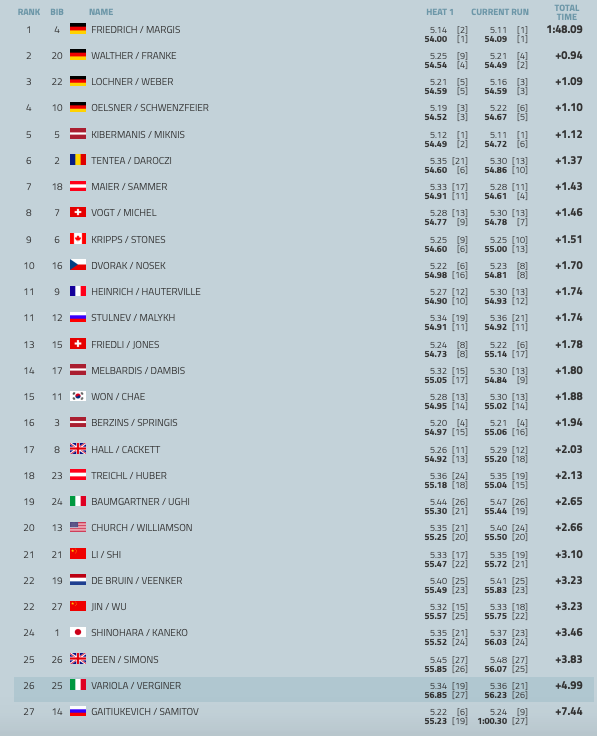