Teenager Ashleigh Pittaway enjoyed a sensational second week of the skeleton season with a brace of medals on Thursday and Friday.

The 16-year-old Youth Olympics Gold medalist stepped up another level with bronze and silver medals on the Intercontinental Cup circuit in Konigssee, Germany.

Having won bronze on her European Cup debut and finished 15th in her maiden World Cup race last season, Pittaway was in outstanding form in Races 3 and 4 of the sport’s second-tier circuit despite being much younger and less experienced than the vast majority of her international rivals.

She brought home bronze behind Germany’s Anna Fernstaedt and Canada’s Lanette Prediger on Thursday and went one better in finishing second to Fernstaedt when shaving more than a second off the previous day’s time on Friday.

Ashleigh’s whole demeanour during the week and throughout her involvement with the senior squad has been really impressive.

"She’s worked really well with Donna Creighton and they’ve been pushing each other to produce the kind of performances that we’ve seen in Konigssee.

“Last season Ashleigh showed just how talented she is and she’s worked really hard with the coaches over the summer to kick on again this winter. Her results here are really promising and her consistency showed her maturity.”

Fellow Brit Jerry Rice produced back-to-back fifth place finishes and Creighton was eighth and fifth in the women’s races as the squad as a whole enjoyed a successful stint in Germany.

There was also European Cup action at the same venue and Marcus Wyatt, Maddy Smith, Brogan Crowley and Kim Murray all recorded top 12 finishes in their debut EC season. 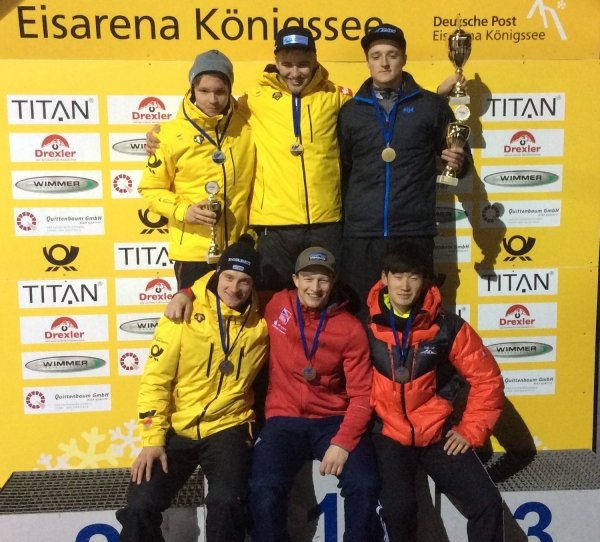 Jerry Rice was on the podium twice this week

“It’s been a very solid week all round,” added Holdcroft.

“Jerry produced two top fives and Donna produced a strong showing as well. And our EC sliders are showing good signs in what is their first full season on ice. There is plenty to be positive about.”

For all GB Skeleton results please see our race calendar.

For full race results from the IBSF, please click here.